So, a week after the Great British Beer Festival started and there are still only just over 82k of signatures?

What the blazes are you people doing??? Sign it! 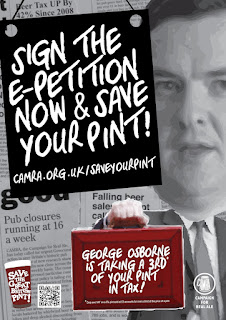 Posted by rabidbarfly at Tuesday, August 14, 2012 No comments: 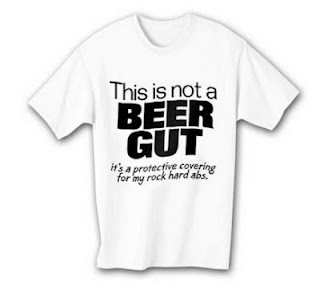 Nervous about spending the afternoon in a sweat smelling aircraft hanger.

Liver screaming at me and I haven't even started drinking yet.

Making sure I have my ticket.

Making a list of people I want to see today.

Horrible beer T-shirts with terrible puns on them.

Fighting my way through ratebeer geeks at the Foreign bar.

Looking forward to my bed this evening already.

The Wetherspoons are silent, a great travesty has ended. A great victory has been won. The beer taps no longer rain with macro-brewed beer. The seas bear only containers full of craft beer - Men and women everywhere walk straight into craft beer bars. A cask of craft beer lies quietly in the cellar. The hoppy mission has been completed. And in reporting this to you, the people, I speak for the thousands of thirsty throats, in the cities, in the towns and anywhere else you find a craft beer bar, for we have blazed a trail.

We have known the bitterness of Hops and the exultation of the perfect beer moment and from both we have learned that there can be no going back. We must go forward to preserve the craft beer that we have created in our breweries.
New craft beers are upon us. Even the lesson of crafting beer itself brings with it profound concern, both for our future pints, halves and 3rds and for civilisation itself. The destructiveness of squabbling about cask vs keg does no good but through progressive advances in brewing techniques, humanity has now reached the point where he revises the traditional concepts of making beer.

Men since the beginning of time have sought better beer. Various methods through the ages have been attempted to devise an internationally recognised perfect India Pale Ale which would settle disputes between CAMRA and Brewdog. From the very start, workable methods were found to make great beer in so much as individual brewers were concerned, but the mechanics of making industrial lager on an international scope have never been successful. Macro brewers, the balances of brewing power, leagues of craft brewers have all thus far failed, leaving the only path to be by way of the crucible of cask vs keg arguments. The utter greatness of craft brewed IPA now blocks out these petty squabbles. They have had their chance, if they do not embrace craft beer future and devise some better tasting beers, Armageddon will be at our door! 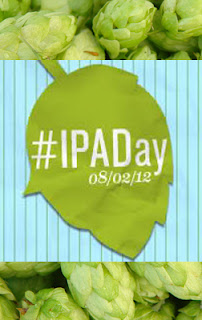 We stand, where ever we are in the world, reminiscent of our predecessors in days long gone, ready to send the enlightened message of craft beer to the people of the world, by lifting the veil of isolation and drinking alone to the friendship, camaraderie and fun of drinking great beer together. But alas the knowledge we gained of modern brewing techniques was forced into being an instrument of oppression and human enslavement to fizzy piss lager. Freedom of expression, freedom of action, even freedom of thought were denied through advertising and marketing gurus. We are committed by the parody video on you tube of 'I am a craft brewer' to see that the world is liberated from corn and adjuncts products in the beer we drink. Fucking CORN! Today craft brewing is on the offensive, hops are on the march. Today in Asia, as in Europe, America and in the rest of our little corner of the galaxy, unshackled tastebuds are enjoying the full flavoured bitterness, piney resinous-er-ness and citrussy goodness of great craft IPA's and the relief from shitty, sweet, crappy macro beers.