Stagger to the Olympics say Govt.

I don't usually read the free handout papers in the morning or the evening only because I am simply opposed to them becoming litter later on, they make the already dirty tubes and trains look even more filthy.

One story caught my eye over someone's shoulder this morning though and I found myself intrigued to the point of picking up one of these nasty litter-bombs.

On page 20 of the Metro this morning there's a story by Richard Hookham. Get a beer to stagger trips during the olympics says London's transport commissioner, Peter Hendy.  So The Govt are on our side all of a sudden! Well no actually, what this pencil pusher is saying is that if some of us go to the pub and stagger our trips on the already over-used ailing tube network that it will be able to cope better.

Tory toff-twat BOJO also was also quoted in the same article as urging the Olympic Committee to get on the Jubilee line because 'they will love it!' Bollocks BOJO your over-used, aged tube system will not cope with the demands of the extra gazillions of commuters trying to wedge themselves into a steel vessel going at ridiculous speeds underground!

Also, is it only me who is cynical enough to believe that the unions will use the Olympics to hold the govt to ransom over their pay rate?


But back to the original story - the Govt are saying get to your Olympic events after you've had a skinful, after all, it'll be the only way to deal with the shit transport system of our fair capital. You wouldn't want to be sober on the Underground, would you?

Tap East anyone?
Posted by rabidbarfly at Tuesday, January 31, 2012 9 comments:

Brewdog Made Me Fatter!

Instead of doing my drunk diary this year I am trying to be a bit more healthy without telling you lot too much about it and boring you all senseless.

So me and Mrs Rabidbarfly got ourselves an exercise bike and I've used it pretty much every day since then. This week I've been going round a few breweries and helping them brew beer, nothing ground breaking or new about that I hear you say, well no and that's fine because it's hard work and it counts as exercise. I have also been using the bike.

So imagine my surprise then when I do my daily morning weigh-in yesterday to find I had gone from 80.1kg(12st, 8.6lb) to 80.6kg(12st, 9.7lb)! Shocking weight gain, so shocking I had to look over my diet for the day and I found one anomaly, a bottle of Brewdog Hardcore IPA! Not the McDonalds, the Hardcore IPA!!

It can be the only reason for such horrible obeseness! James Watt - you should be utterly ashamed of yourself, but then you probably already are, after all everybody can see behind that skinny, uber cool veneer is a self loathing chubster just screaming to get out. Half a kilo Damn You! Not the double helping of homemade Jerk chicken, The Brewdog!

So this is how you are trying to remain uber cool, by making the rest of us fatties?! Despicable!

If you keep on making such drinkable cheap(at the supermarket) beers then my diet will go to hell and I may have to bill you for a new liver.
Posted by rabidbarfly at Saturday, January 21, 2012 8 comments:

Now that you lot have had your holidays it's time for the less fortunate to have theirs. So with that in mind I have booked a week off work next week and I was wondering how to fill it. Here are some ideas I've had.... 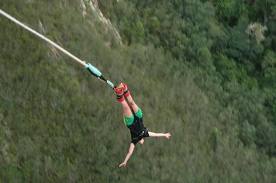 Spending some more time with my twin baby God daughters - all together now, aaahhhhh.

Join a gym. Ditto above. 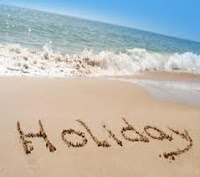 Plan my next holiday.

Switch my phone off.

You get the point, all lovely relaxing activites that normal people do on their hols. So what will I actually be doing during my annual leave I hear you ask.....?

Saturday & Sunday - Not much, hangover probably, experimenting in the kitchen again....probably.

Tuesday - Brewday at Lovibonds Brewery in Henley, I'm getting the 5.36am train out of paddington for this, it's an insane time to wake up on a week off but fuck it, it'll be fun!

Friday - Brewday at Brodies Brewery in Leyton - last time I was here Jamie and I got so pissed I can't remember what we brewed! Although I have a feeling it might have been the first batch of Hackney Red. I don't imagine this time will be much different in terms of drinking!

Saturday & Sunday - Not much, trying to recover my broken body from one of the breweries most likely!

So not much actual time off, but they say a change is as good as a holiday!
Posted by rabidbarfly at Monday, January 09, 2012 11 comments:

So Mario over at Brewed for thought is hosting this month's session. He's exploring what you people drink when you're not drinking beer.

There will never be 'no beer' but if the zombie apocalypse happened tomorrow...who knows? Brains anyone?

Email ThisBlogThis!Share to TwitterShare to FacebookShare to Pinterest
Labels: Wot no Beer, Zombies

This time last year I was embarking on my second drunk diary, listing every alcoholic drink and the alcoholic unit intake I was err.....intaking.

This year I'm getting a life.

Life is too short to bore the hell out of everybody so I'm just going to blog when I feel like it about what I feel like, after all, that's why you people read this rubbish isn't it?

In 2012 I will not be blogging about Cask v Keg, Minimum pricing, the smoking ban or any of that dull bollocks that people get twisted knickers over.

What I will be blogging about is brewing, any good new breweries/beers, London pubs, running a brewpub, tickers and whatever else happens to takes my fancy!