A new study has come to light showing that ironically puritanical tabloid rag will be responsible for the Zombie apocalypse in the coming years.

SHOCKING new evidence claims that reading the grubby tabloid will rot peoples brains and cause the end of the world.

The most alarming thing for the readers of The Currant Bun is that it won't cause just one, but SEVEN different types of Zombie Apocalypse all designed to make the general public believe fucking anything.

Idiot beer blagger, Rancidbarfly was quoted as saying 'you can read that shite if you want, i ain't taking any chances!'

The Sun is of course well known for it's own unique stance on sexism by posting half naked ladies on almost every page and for reporting on on Z-list 'celebrities' that everyone was quite happy to just forget about.

The Study also found that believing the scare mongering tactics used by todays news agencies such as Fox News, News Corporation & other Rupert Murdoch owned nonsense could lead to eventual cerebral paralysis of those most at risk in our society, the ignorant, which other studies have suggested is about 52% of the voting population of the UK.
Posted by rabidbarfly at Sunday, July 24, 2016 1 comment:

There was shock today in the crafty beer world as a man drank a beer that had been fined and died of happiness shortly thereafter. 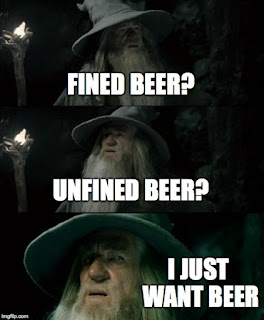 The gentleman in question was the notoriously shite beer blagger, Rancidbarfly who was fresh out of unfined beer in the fridge and just needed a hit.

The Craftyrati were said to be saddened that Rancidbarfly had been reduced to drinking fined beer and commented that it just showed the depravity of beer blaggers such as Rancidbarfly and others like him who just wanted to drink beer that had been well made. None of them wanted to be named so we merely called them crafty dumb and crafty dumber in a desperate attempt to tell the difference.

The body of Rancidbarfly was found with a big smile on his face and since no note had been left, the Corona pronounced it 'death by misadventure' instead of 'Russian Roulette by beer' or suicide and told everyone to go about drinking their crafty beers as if it were their last because in the crafty beer world you just don't know which beer might be fined nowadays since most of them are either brewed murky by choice or just shit.

Rancid's demise has sparked angry debates about fined and unfined beers with both sides claiming the moral high ground and some commentators have even compared the arguments to those of the Brexit/Remain campaign or even....EVEN the debate on defining crafty beer itself.

An as yet unnamed member of the Secret Guild of Beer Blaggers reminded people to drink responsibly and that if they absolutely had to drink fined beers they should do so only in company; and always have a self-designated unfined beer drinker who could tell them what a bunch of tasteless peasants they all were.
Posted by rabidbarfly at Sunday, July 10, 2016 2 comments: