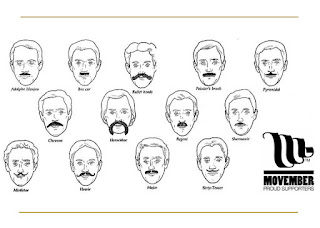 You may have seen in your Sunday slumbers yesterday that we at Utobeer got pissed on Friday(shocker, I know) and decided to do Movember this year. We know the thought of Mike with a 'tache is just terrifying but it's for a good cause and it's only for a month!

I've set up a just giving page so if you'd like to see me, Mike, Rich and the rest of the Utobeer crew(not excluding the girls!) get our 'taches on just visit my page and please donate a few quid.

We're aiming for £500(hoping for a lot more) and will be very grateful if you are able to donate!

Thanks for your time.

Elderly Woman Sitting Behind the Counter in a Small Town 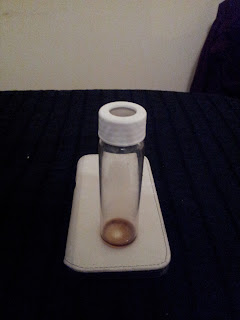 To steal the title of this blog by the master of the Pooper Scoopers. I'm just making a point about the length of the name.
Stuart Howe calls it the 'unspeakable abhorrence from beyond the ninth level of Hades.' As the brewer of this 22.2% abv little monster, he really should know better.

If he'd had the presence of mind to let me name it I'd have called it 'fucking brilliant'. I shared my kindly donated by the brewery, vial of Sharps Turbo Yeast with a mate last night over dinner and it was one of the smoothest beers I've ever tasted!

I may have to snort that little bit in the bottom of the vial there!

More please!
Posted by rabidbarfly at Monday, October 22, 2012 No comments:

Been getting my geek on yesterday and today at Destination Star Trek London.

I've lost count of the money I've spent at the event but it seems that autographs and memorabilia are a bit like  craft beer. Each one has it's price and you're never quite sure if the end product is worth the layout.

I came away with 19 autographs.

One picture of William Shatner and Walter Koenig(Kirk and Chekov for the non-trekkies among you) signed by both men.
Comparble (for me, anyway) to a growler of Pliny the Elder direct from the tap at Russian River.

One picture of Sir Patrick Stewart(Picard) signed, rather grumpily, by the man himself compares to a pint of Lovibonds, Sour Grapes.

Avery Brooks(Captain Sisko), by far one of the coolest men on the planet and my personal favourite Captain, was like sitting down with a pint of the first ever beer I helped brew, the now infamous Otley, Motley Brew!

A free(well part of the package fee we paid) unpersonalised signed picture of Ethan Phillips(Neelix) as part of our package - half a pint of Harviestoun Schiehallion - not wanting to either put down Ethan Phillips, who must've spent hours signing pictures before the event or Harviestoun Schiehallion, it's just I don't like getting autographs without meeting the person.

A personalised signed pic of Kate Mulgrew(Janeway) is as good for me as a glass of Cantillon Gueuze at the end of a nights drinking hop monsters.

Rene Auberjonois(Odo) signed a picture AND recited a Dylan Thomas poem when he saw I has a Welsh name, it was as joyful as a Beavertown 8 Ball Rye IPA and as awkward as a mate ordering a pint of Carling in The Rake.

meeting Nana Visitor(Kira) and getting her autograph could be compared to a refreshing bottle of Beaumonts Alcoholic Ginger Beer.

A Crew photo from Enterprise, signed by Anthony Montgomery(Travis Mayweather), Dominic Keating(Malcolm Reed) who greeted me with an 'alrite guvna' and Connor Trineer(Trip Tucker) was like having a session on Redemption Trinity.

A TNG crew photo signed by Brent Spiner(Data), with additional fist bump and Michael Dorn(Worf) is like drinking a couple of pints of Bear Republic Racer 5, at 7% you know you shouldn't but it's too good to not have that 2nd pint!

A signed and personalised photo of Cirroc Lofton(Jake Sisko), all growed up by the way is like an aged bottle of Fullers Vintage!

Getting Andrew Robinsons(Garak) autograph was like a sneaky lunchtime half of JHB.

Getting Denise Crosby(Tasha Yar) who turns up at a lot of these type of events could be compared to finding Sambrooks Wandle on draught at your local.

Having Casey Biggs(Damar) personalise and sign a photo was as good as a pint of Summer Wine Brewery's Diablo after a hard day at work!

My program was also signed by Marc Alaimo(Dukat) and John de Lancie(Q) which you could compare to being able to have the time to order a cheeky 3rd of the beer you've been ashamedly enjoying all night and have a couple of quid spare in your pocket for it!

I did not get Scott Bakula because our timing seemed to be off for both days and you could compare that to standing at the bar at 21st Amendment in San Franciso and watching someone order the last pint of Brew Free or Die IPA - Heartbreaking!

Now if you don't watch/like or give a shit about Star Trek you probably stopped reading if you love Star Trek, like me then let me know who's Autograph you'd like to get and what craft beer you might compare it to. 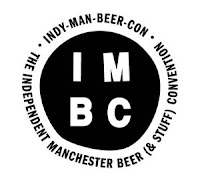 So that got your attention. I wasn't there though.

I missed out this time round but I wasn't too fussed because I was on holiday down in Cornwall.

So what did I miss?

Some craft beer? Well I was drinking St Austell Proper Job most of that weekend and in bloody fine nick it was too! Not to shabby for a Cornish craft beer.

Catching up with mates and talking about beer? Erm....no didn't miss that either, to be honest I was fucking sick to death of the words 'craft' and 'beer' by the time my holiday started and had I been in Manchester, it's entirely possible that I would have gone on some sort of geek killing spree. I love you guys really but frankly, enough was enough and I needed that break.

But, thinking about it, I think I need another holiday.....